Oh dear me, I'm having great difficulty putting down the crocheting.

Following on from my last post, I've now completed part four of the Sophie's Universe CAL. 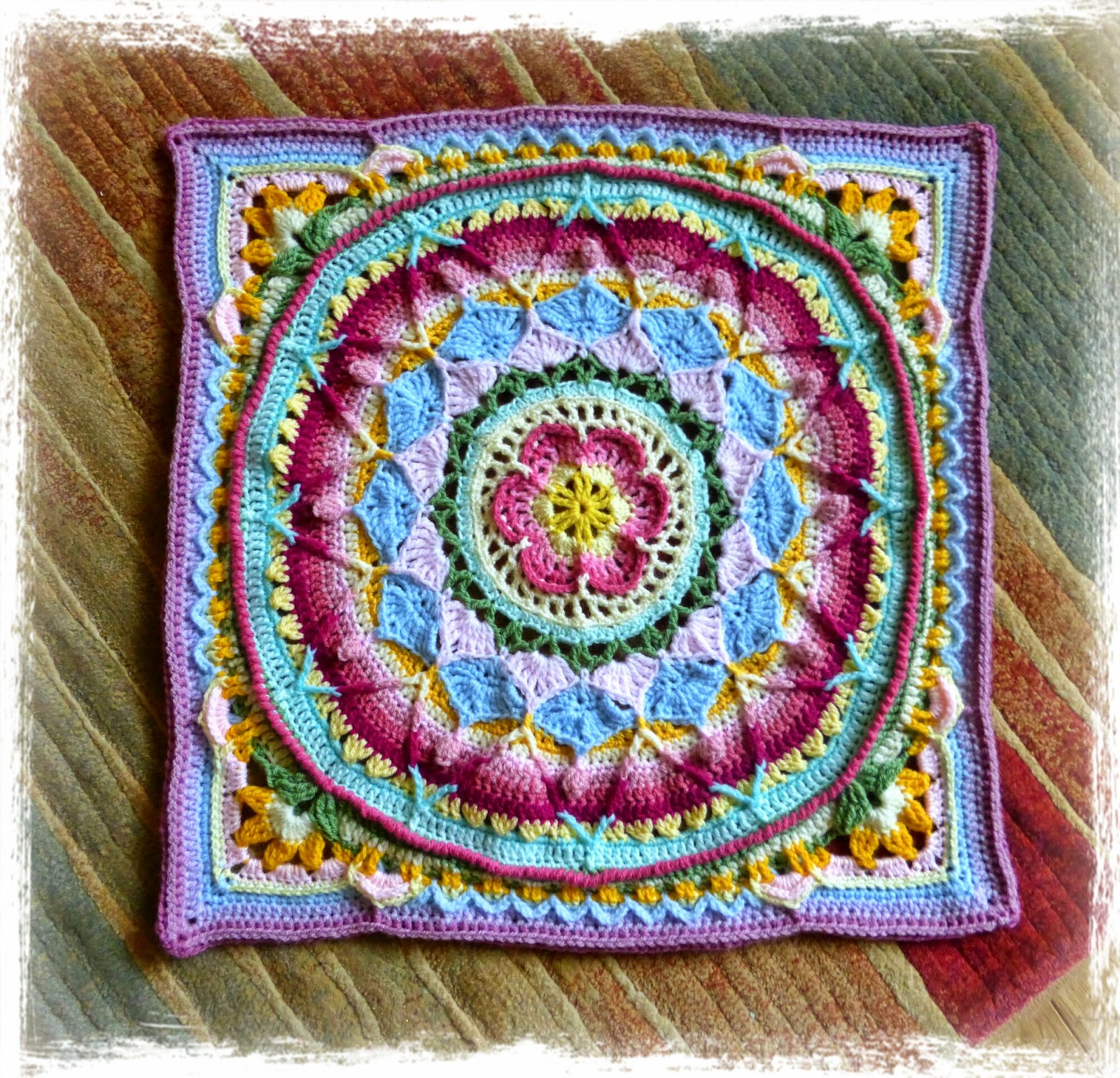 The circle is now a square.  I just love it so much.

Part twelve of the pattern was issued on Sunday.  I was working on part five. 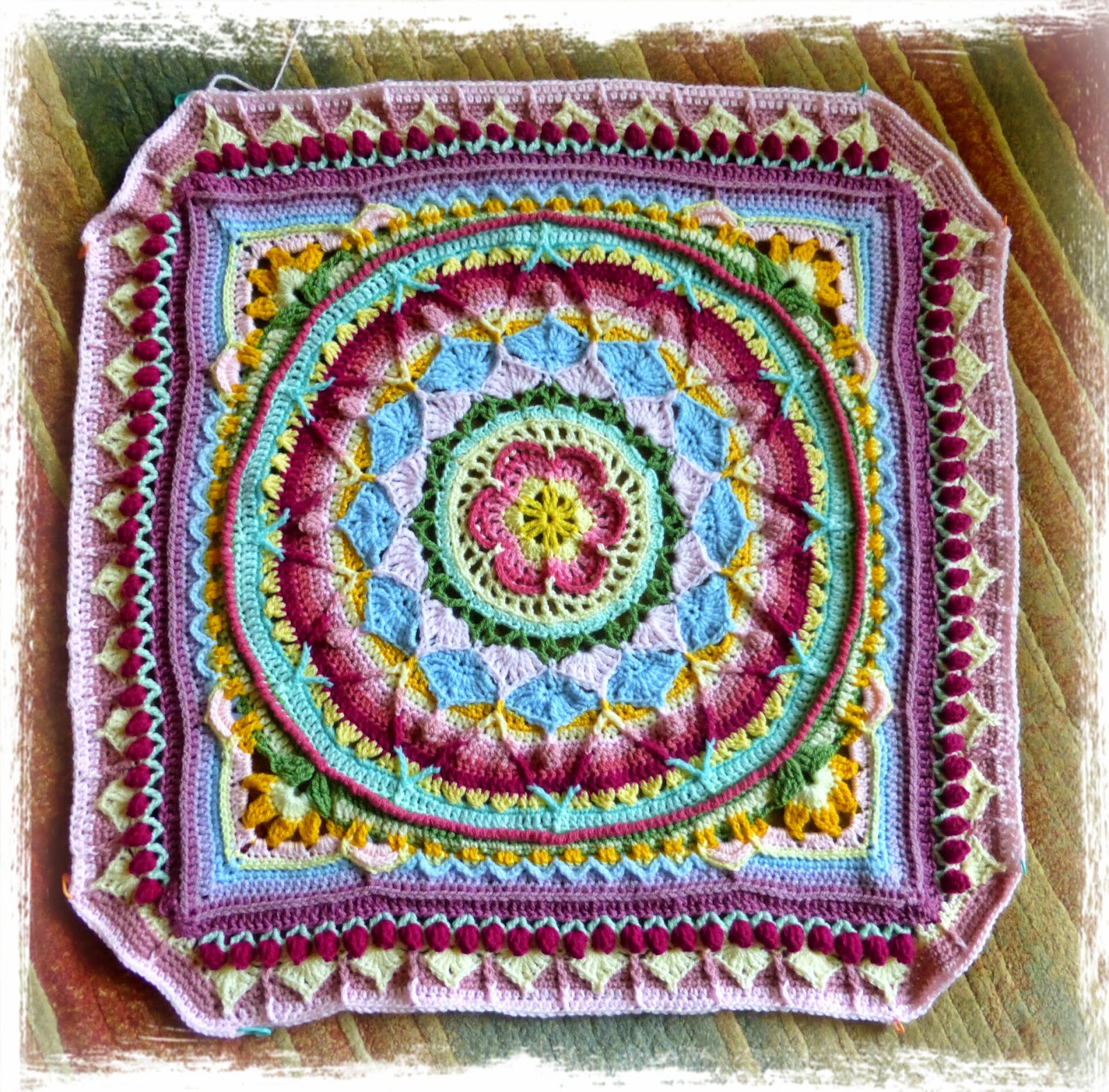 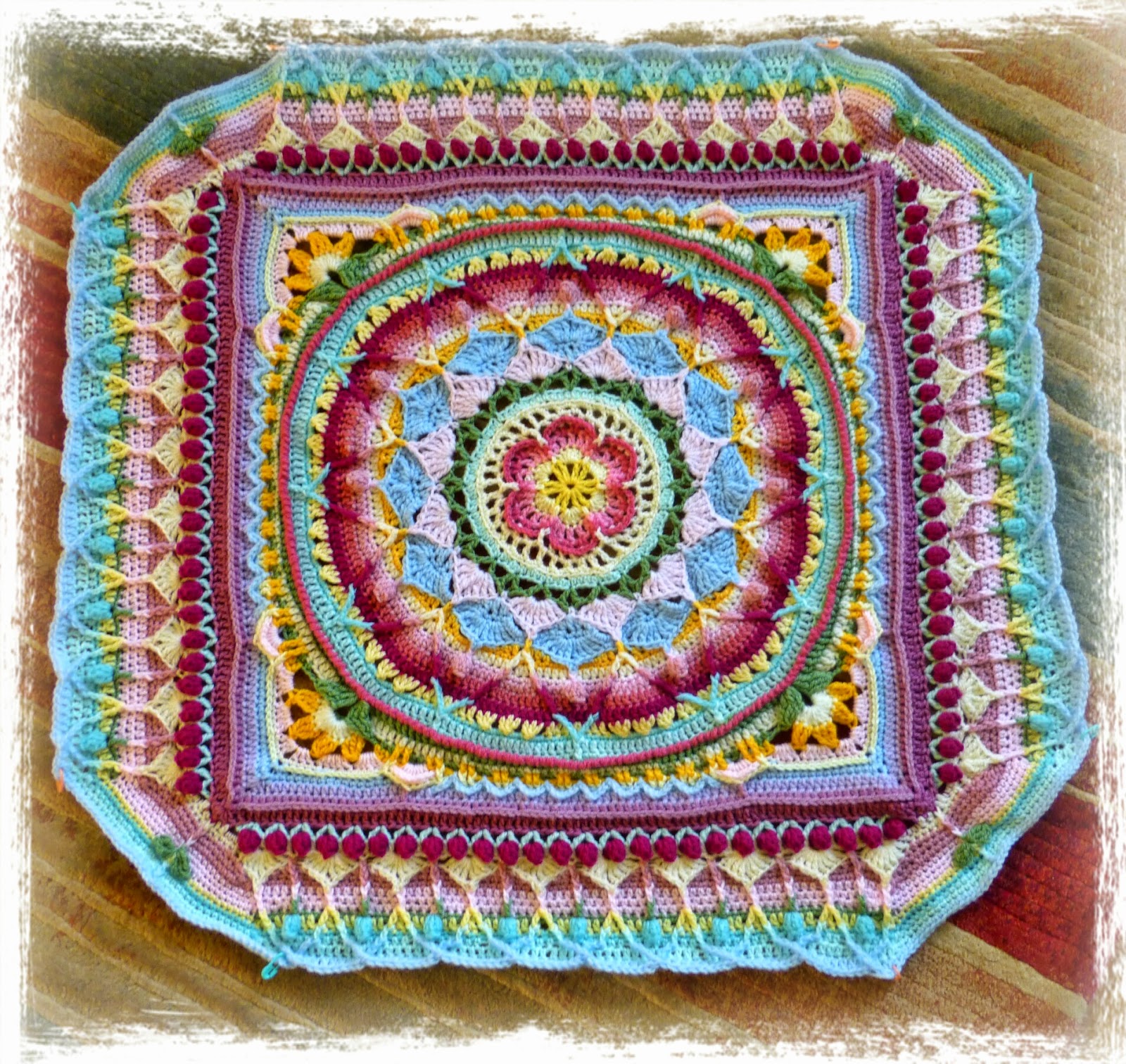 Six parts that were originally scheduled over five weeks, I've now completed in less than a week.

I really really need to put the crocheting down and get on with other things, like eating and sleeping!

But it's all so lovely, and part seven has cute little flowers and leaves!!!  I think I need help.
Posted by Janet at 07:00