It's a Wonderful Life

Last night our local cinema (which is run as a charity) hosted a special event.  There was a screening of the film It's a Wonderful Life with mince pies and mulled wine being served.  The event was planned to kick off the campaign to raise £72,000 to repair the leaking roof, which hasn't been touched since the cinema was built in 1939. 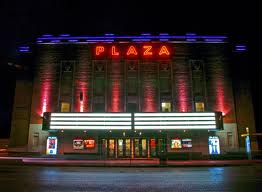 How could anyone refuse.  Trouble was my cinema buddies were not available to accompany me.

Then, what a surprise, my husband, who hasn't been to the cinema for 28 years, offered to go with me.  An offer too good to be true.

The mince pie was delicious.  The mulled wine was amazing.  The film was wonderful - I can't believe I've never seen it before.  Tears were streaming down my face at the end - such a great feel good film. 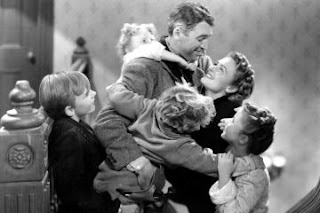 The cinema was full to bursting - I've never seen it so full.  A sharp contrast to when we went to see the film The Artist and we were the only three people there.

There are plans for more of these special fund-raising screenings - count me in.

And my husband's reaction to his cinema-going experience, "Well that was surreal!"
Posted by Janet at 14:58 3 comments: