In anticipation of knitting up some lovely new socks, I thought I would have a little bit of practice with some old DK yarn that I unravelled from a hat I no longer wore.

I've only ever knitted up two sock patterns before, both of which had heels made with short row shaping.  I haven't knitted up a pattern were the heels are made with the flap method.

To put matters right I used this pattern, which is free on Ravelry.  It's called Nascar Socks and it's by Laurie Sundstrom.  It's very quick to knit. 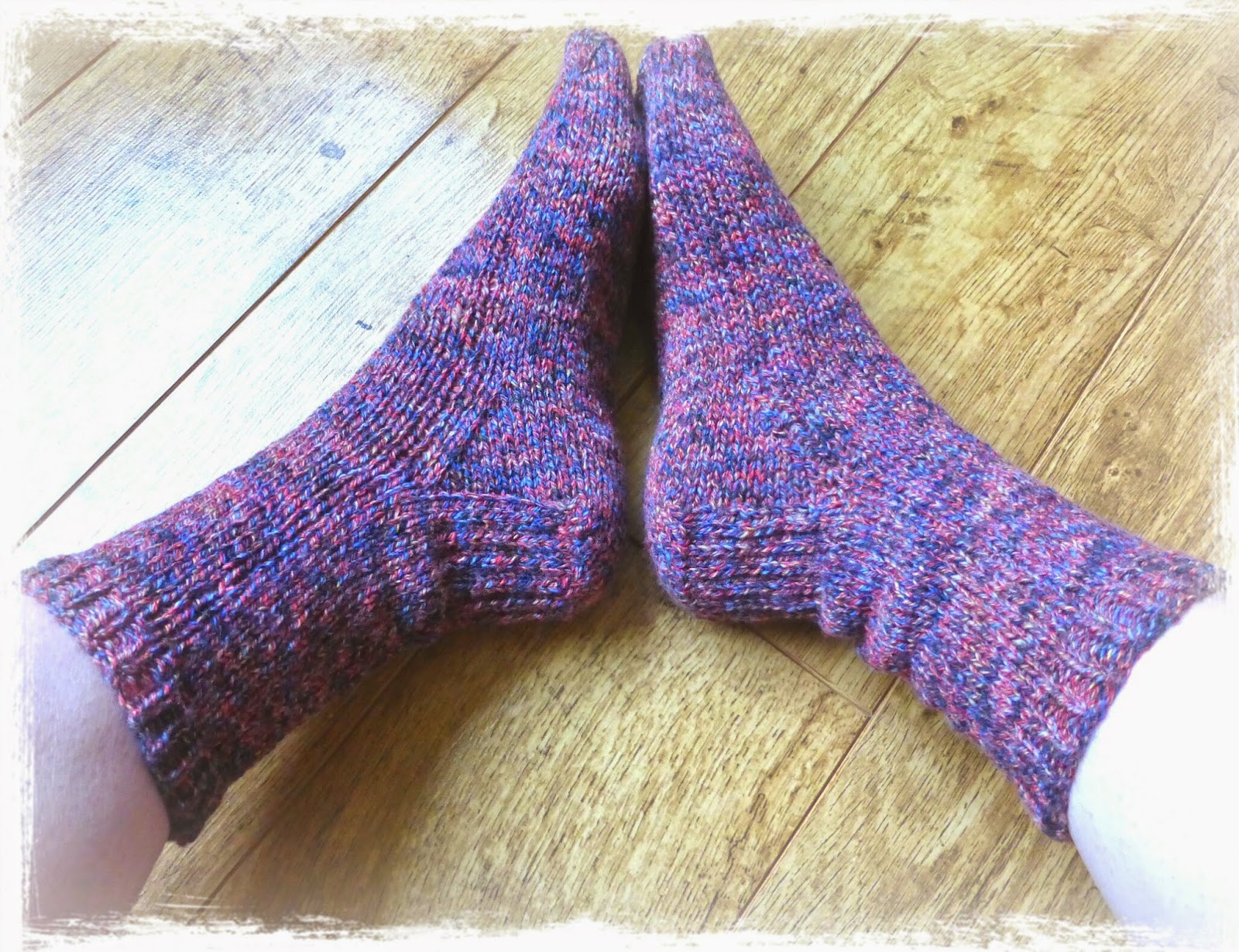 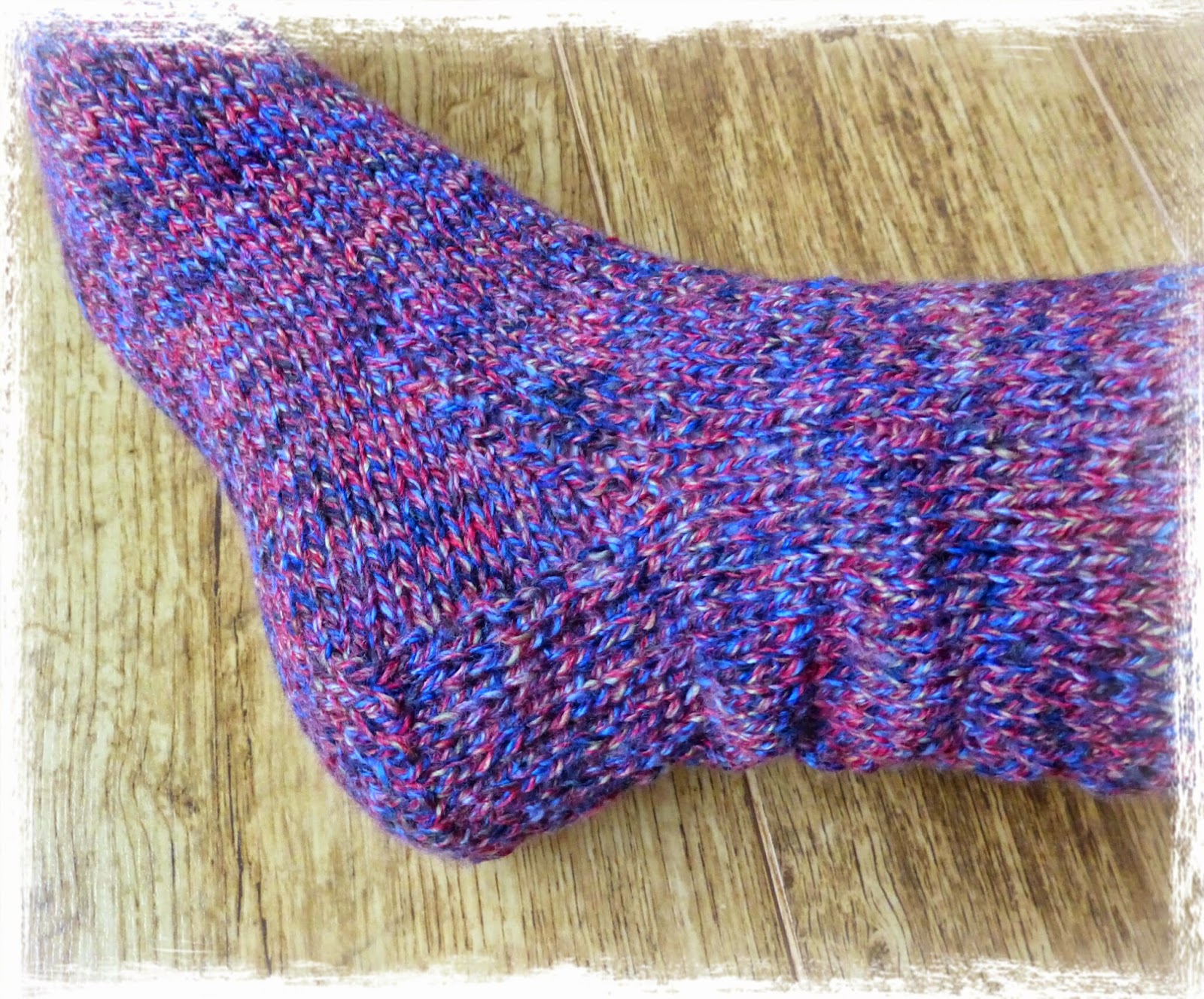 I'm very conscious that second sock syndrome is a serious matter, I read you're comments on my previous post!  So, with this in mind, I knitted both socks up at the same time.  Not, I hasten to add, in that clever way of doing both socks on the same needles - that looks far too fiddly.  No, what I did was progress so far on one sock then knit up the other to catch up.  That way, I turned the heel on the socks, one straight after the other.  It seemed to go much quicker doing it that way.  Obviously, this method presupposes that you have two sets of identical needles to work on.  But I'm not averse to supplementing my needle hoard, should the need arise.

So now I think I'm just about ready to break open a ball of lovely new 4 ply and do some serious sock knitting.  They only problem is, which of the lovely colours should I knit up first?  And then, which of the numerous and amazingly beautiful patterns should I start with?  Decisions, decisions!
Posted by Janet at 07:30