In the council district that I live, we have (had) thirteen libraries.  Our local library has been in existence for over a hundred years.

In 1902 the local council approached the American philanthropist, Andrew Carnegie for financial help to build a library in our area.  Generously, he donated £4,000 of the £5,750 building costs.  In total there were 2509 Carnegie Libraries built between 1883 and 1929, of which, 660 were in Britain and Ireland.

The foundation stone for our Carnegie Library was laid on 11th May 1904 and the library officially opened on 23rd June 1905. 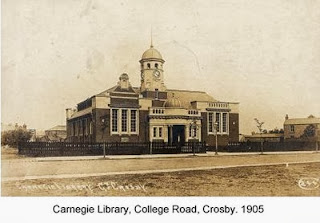 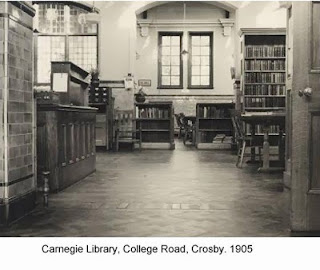 The building is a Grade 2 listed building. 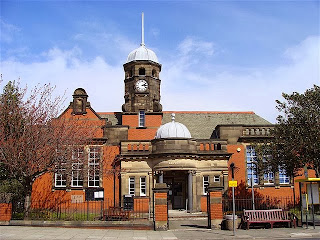 Yesterday, it closed its doors for good.  The council, due to major funding cuts has had to take the difficult decision to close over half of the libraries in our council district.  Ours was the fifth to close with two more to close before Christmas.

A tea party was held at the library yesterday afternoon and it was lovely to meet up again with the librarians past and present who I've known over the twenty six years I've lived in the area and frequented the library.

It was a rather sad afternoon, seeing the almost empty shelves and knowing that most of the books are being sent off for recycling. 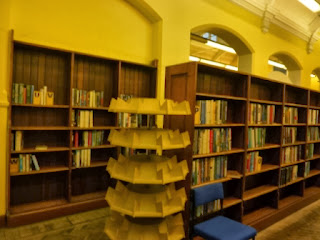 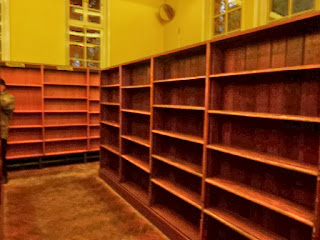 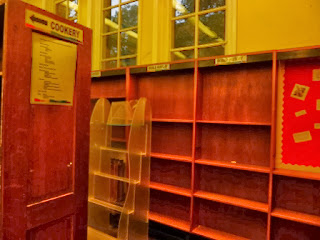 We've lost an amazing resource.
Posted by Janet at 14:39