What could be cuter than little fairy mice. 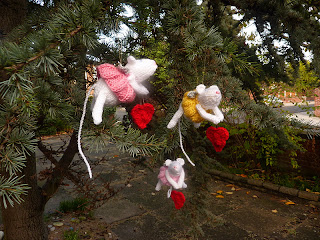 These knitted Furry Fairies are by Alan Dart - one of my favourite designers for interesting and cute characters.  I have previously made the Snow Queen and the Pudding Pixie from his patterns.

This pattern is even better because it's FREE!  You can access the pattern, here, on Alan's website. 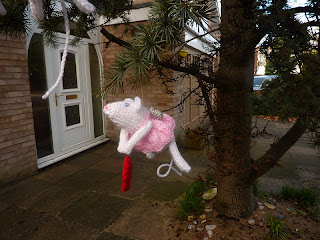 The original pattern has the mice holding stars but I have changed mine to crocheted hearts.  They each have little silver wings and a pretty skirt. 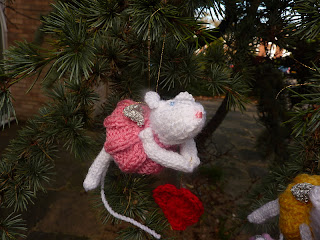 The knitting up time is about an hour for each mouse - it's the making up time that's longer - but they're worth it. 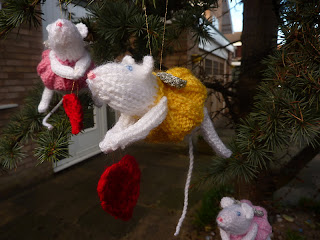 All we need now is a Christmas tree to hang them on.  I took these pictures outside in the front garden and received some strange looks from a passing workman - isn't it normal to take pictures of woolly mice in trees?
Posted by Janet at 13:29