I've just had some fun designing and making this lovely little mouse. Her name is Monica, and she's very sweet. 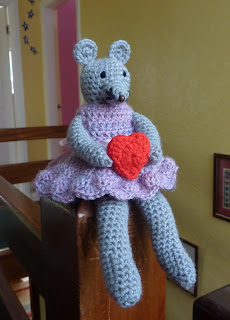 It took a few goes to get her just right, but it's been worth it. I've now finished typing up the pattern. 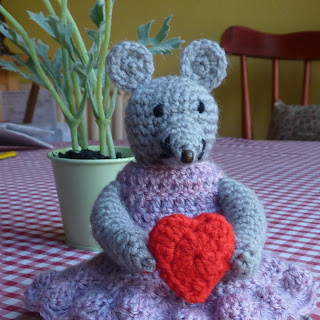 I had originally planned on making a cat but the mouse developed instead - maybe later I'll work on the cat idea again. 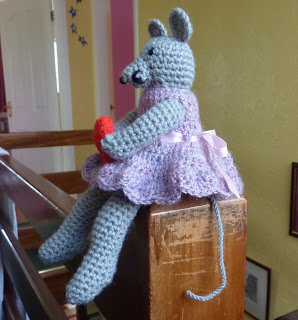 I'll be sharing the pattern with you in the next post. I hope you get a chance to make her.
Posted by Janet at 10:58