Nanny McPhee and The Big Bang

Eve and I went off to the pictures today, to see Nanny McPhee and The Big Bang. 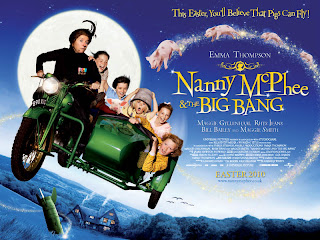 This is a comedy about a Mary Poppins-type Nanny - but more 21st century. It was great fun and at times very moving- I embarrassed Eve by crying at a number of scenes in the film.
I was somewhat preoccupied during the film as the setting was the 1940s - Second World War - and it had some great vintage knits.
This Fair Isle waistcoat was one of my favourites - I love the contrast of the red and beige - especially the red buttons. 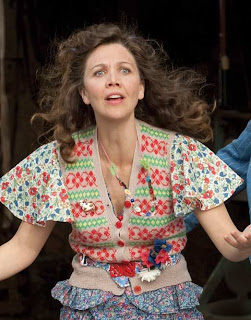 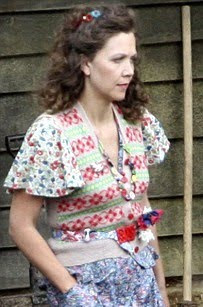 I studied it closely throughout the film and I reckon I could knit this - so watch this space - next time I go into town I'll get some red wool.
Posted by Janet at 18:38

Labels: films, knitting project, Some of my favourite things