A Plan of Sorts 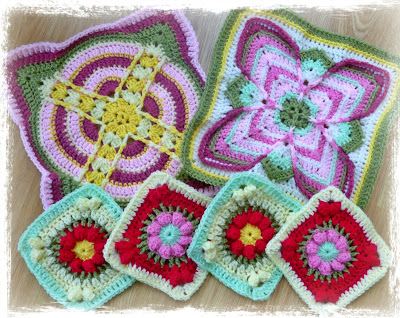 The first one is called Lise and it's by Polly Plum. 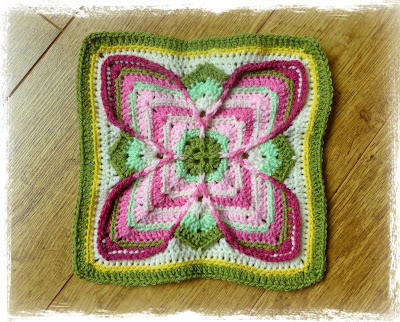 The second one is called Denna Square, also by Polly Plum. 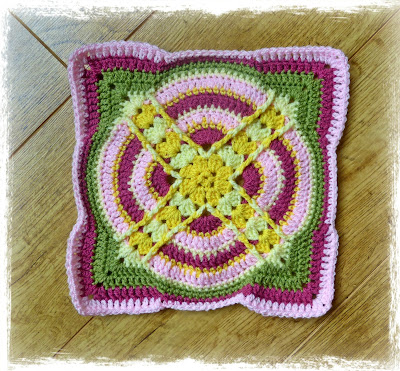 Both squares were interesting to crochet.

The small square for this month is called Sweet Sixteen.  As usual, I made four of these to equate to a full sized square. 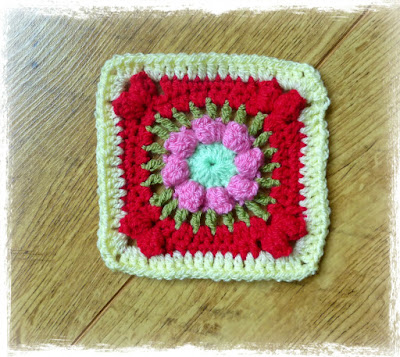 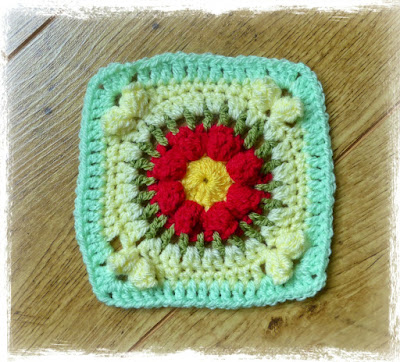 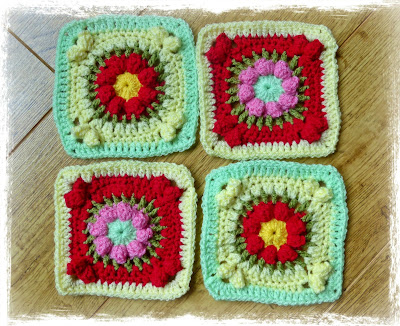 So I now have the equivalent of 21 large squares.  Great!  The problem is, I am no longing excited about this project.  If I continue with the CAL, I'll have the equivalent of 36 squares, and my original intention had been to make a large blanket for my bed.  However, since I started this project, I have in the meantime, made the absolutely gorgeous Sophie's Universe blanket.  I love love love this blanket and for this reason, it has taken pride of place on my bed.  I no longer need a new blanket for the bed, Sophie is just perfect.  But I can't think of anywhere else I could put the new blanket.

In addition, I don't know where my mind was when I picked the colours for the Block-a-month CAL, but they're rather bright and, dare I say it, garish. I'm not sure how I'm going to pull them all together, especially with the all the busy patterns on the squares.

So I had one of those lightbulb moments the other day and I realised I don't have to carry on with the CAL to the end of the year, I decided that August will be the last month I make these squares.  The three squares for August will bring the total up to 24.  I'll make an additional square and that will give me a 5 x 5 square.  Not too big, but big enough for a snuggle blanket for the sofa for the Winter.  I can select one of the colours I'm using, and border all the squares with it.  That will bring a bit more togetherness to the squares.  And then finally I can add a plain-ish border.  Sorted!

I feel so much happier now that I have a plan of sorts for these squares.  The blanket will provide a splash of brightness in the Winter months.  And it will be one less work-in-progress to carry on to the end of the year.
Posted by Janet at 13:00