They Came, We Saw... But Still the Sun Didn't Shine

Following on from yesterday's post about the Royal Visit, we were down on the beach again today to see the arrival of the Queen Elizabeth and the Queen Victoria.

At least it was a more sociable hour and it wasn't raining.  It was still very cold and grey.  There must have been a few thousand people spread out along the beach - all well-wrapped up against the cold.  And what an impressive sight it was.  The Queen Elizabeth came in first. 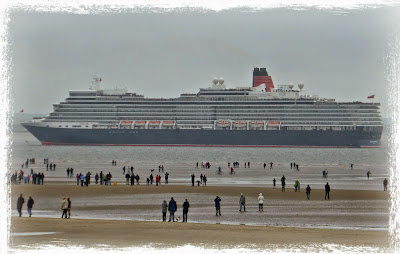 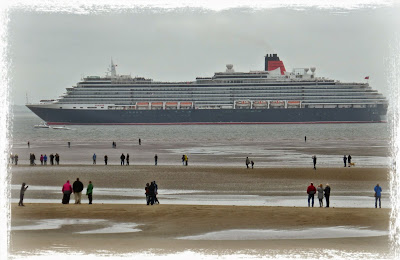 The Queen Mary had come back out of the river and was waiting for them, just off the coast from New Brighton. 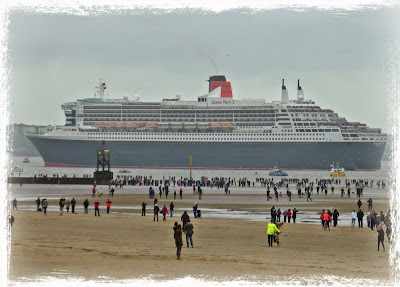 The two smaller ships passed behind the Queen Mary and the three of them proceeded up the river to the Pier Head. 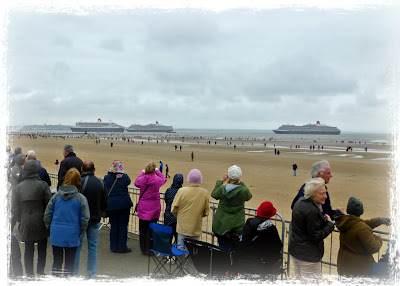 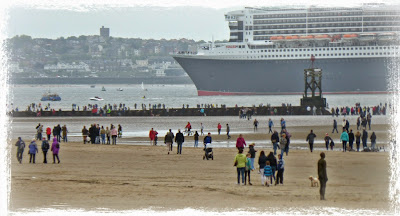 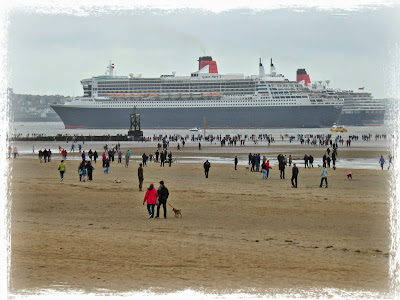 As I type this, they are currently performing an intricately choreographed "River Dance" at the Pier Head, no doubt in front of thousands more people crowded along the water front.

Such an amazing sight to see the Cunard liners together in Liverpool, 175 years after the first Cunard ship set sail from here to Boston.  I feel so lucky to live in such an historic city.

The Queen Mary will be leaving once the dance is over, but she returns on 4th July for more celebrations (maybe the sun will shine then). Liverpool has more fun events and happenings at that time.  So good to see the continued revival of this beautiful city after all the years of decline and negative publicity.  If you ever get the chance, please come and visit Liverpool, I'm sure you'll be amazed.
Posted by Janet at 14:09