Yes, we were there.  The second stage of the 2014 Tour de France went from York to Sheffield yesterday, so we took ourselves over to Sheffield to stay with Grace and to join in the celebrations. 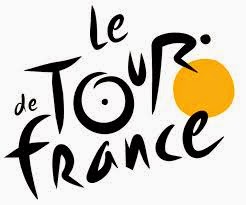 The city centre was buzzing with activity.  There were many dance and musical performances at various spots. 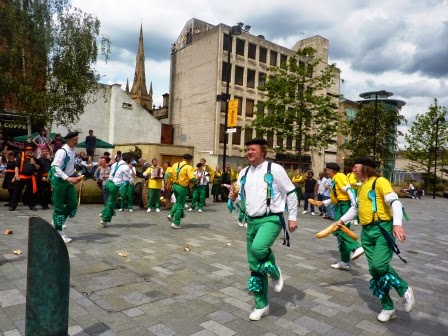 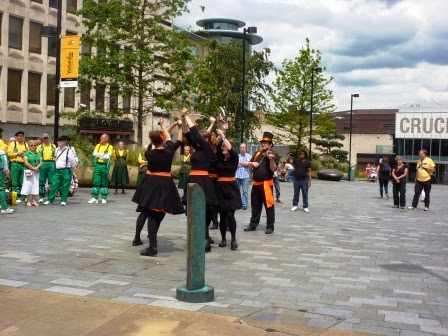 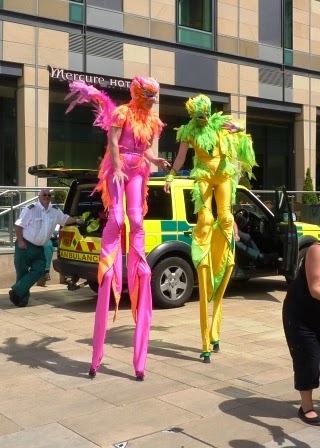 The Peace Gardens had a giant screen showing the race. 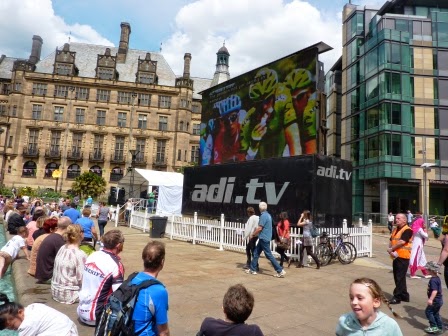 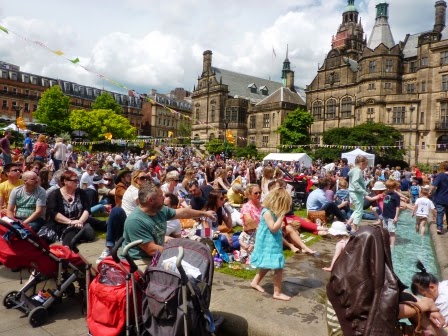 And we managed to find a good view of the race itself, just by the 10 km to go banner. 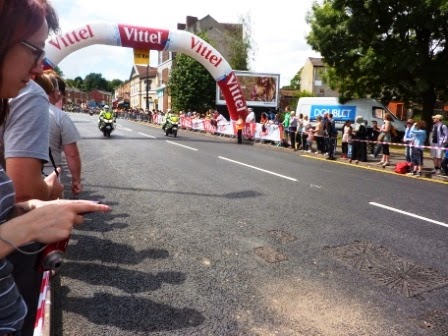 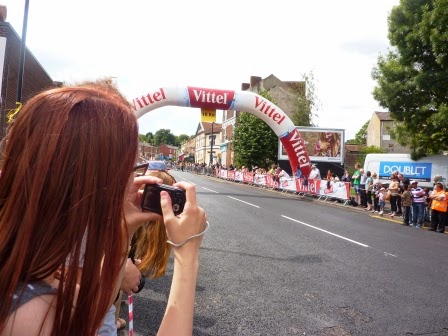 There was a parade of cars prior to the arrival of the cyclists.  Some were giving away freebies. 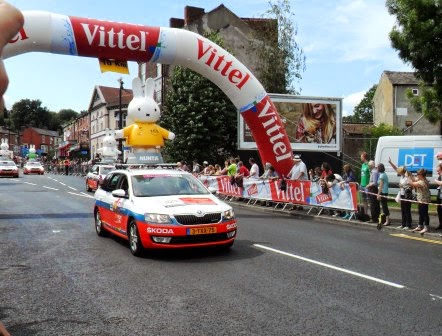 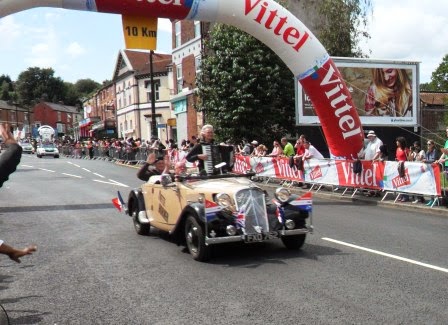 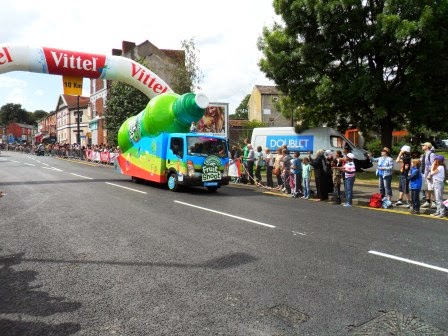 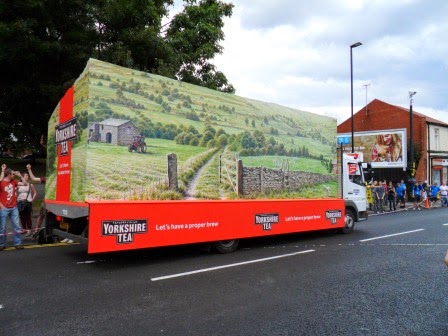 As expected, the cyclists went past as such a speed it that was difficult to spot our favourite riders, let alone photograph them. 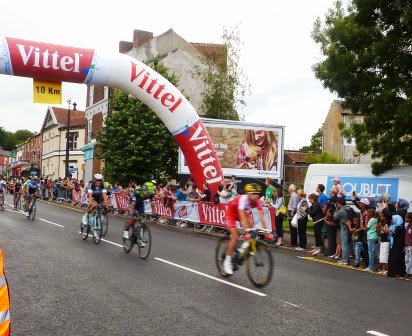 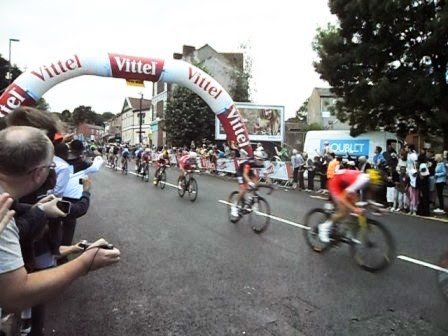 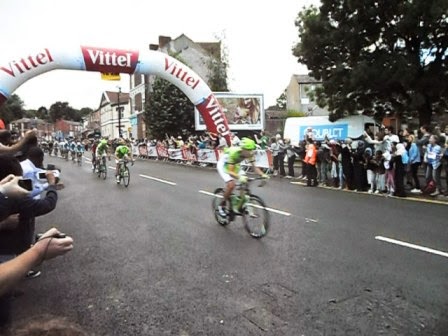 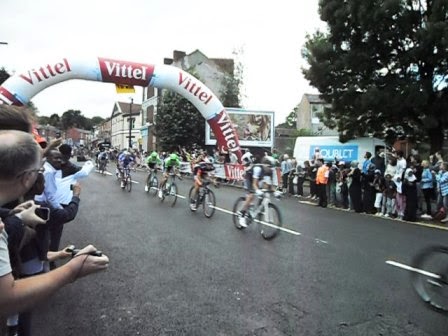 But it was a fun occasion and I'm glad we were there. 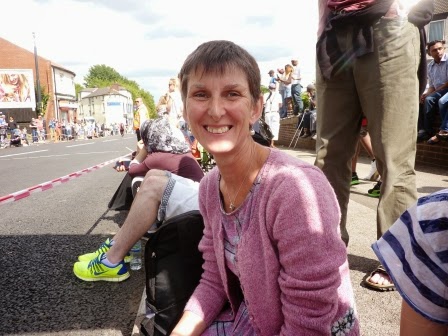 We'll be watching all the remaining stages on the television at home, which will definitely provide a better view but will probably be lacking in atmosphere - bring out the yellow bunting!