When we moved into our home - nearly thirty years ago, there was a delightful blue cedar in the front garden.  It was probably about ten years old at the time.

Over the years it has grown and grown (as trees should).  Unfortunately, it had grown and grown too much and we had problems - it was too near the house and the roots were starting to behave very badly. 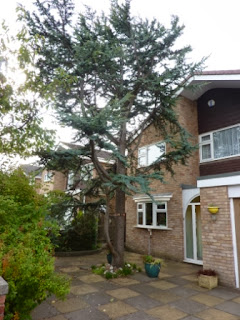 We had to take the difficult decision to say goodbye.

Now, the front of the house is so much brighter.  There are no pesky needles from the tree to tread into the hallway.  And the paving stones are all level again (they had been a serious trip hazard to the postman!). 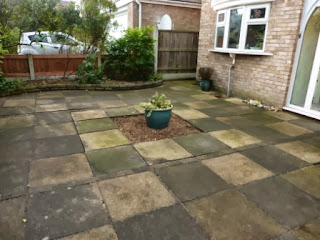 We'll miss it - nowhere to hang the bunting or do a little yarn bombing - but we have to move on.
Posted by Janet at 14:42