I've finished the hat I was so excited about making. 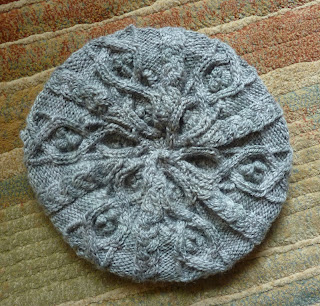 I loved making it using the two circular needles.  This is definitely a technique I'll be using more in the future - I've already starting building up my supply of circular needles in anticipation.

The pattern is called Druidess Beret and it's by Anna Bright.  It's available as a free Ravelry download, here.  The pattern also includes a link to a tutorial for using two circular needles.

The pattern was great to knit - it involved a lot of concentration to get the cabling and bobbles correct - nothing boring here. 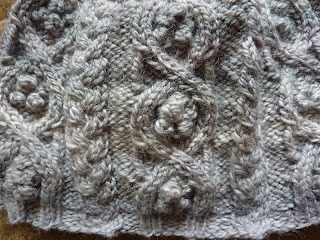 The only thing I would say is that I wish it was more slouchy.  It's a bit tight fitting, especially around the brim - even though I ripped out my first attempt and cast on with larger needles.  But anyway I still like it.  And the weather is still cold enough at the moment for me to need a hat on my early morning walks. 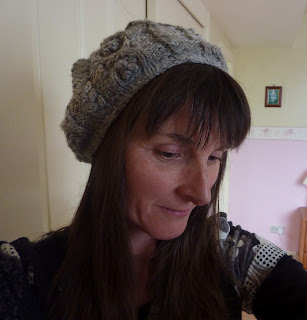 I haven't put the circular needles away yet - I have my eye on another hat pattern!
Posted by Janet at 13:47