Gardening - If I Must

Gardening is one of those jobs I never look forward to doing, but once I'm out there I quite enjoy it.  With the changeable weather we have here in the UK, it's easy to find an excuse not to do it - it's too cold, it's too windy, it's raining!

Lately we have had glorious sunshine and it's been hot.  Too hot to do any gardening!

In an attempt to add some colour to the garden I bought some summer plants. 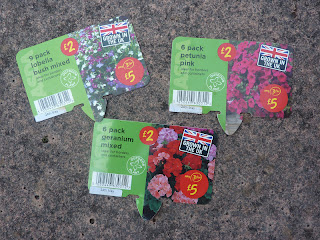 Obviously they needed potting up and I had put it off as long as I could.

Finally I made an effort (even though it's still too hot to garden) and completed the task. 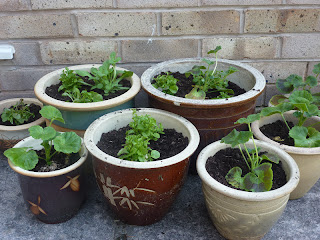 Always a satisfying feeling when it's done.

Looking around the garden, it's not too bad - there are some colourful bits, although I think they are mostly a result of self-seeding rather than any effort on my part.


So long as they look pretty and don't require too much effort, I'm not bothered what comes up in the garden.
Posted by Janet at 11:48