We've just had 4 wonderful days in the town of Bruges in Belgium.  We travelled by train down to London, caught the Eurostar to Lille and then were taken by coach to Bruges.

The holiday was part of an organised tour and so there were a lot of planned activities, but we were still left with plenty of free time to explore on our own.  The town of Bruges is small and easy to walk around.  It is a medieval town and extremely picturesque.  There are a number of canals in the town which add to the beauty of the place.  Here are some of our photos. 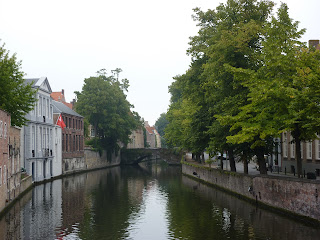 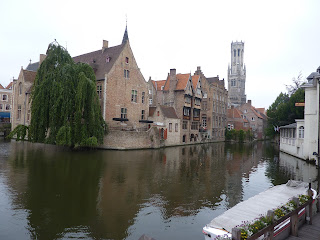 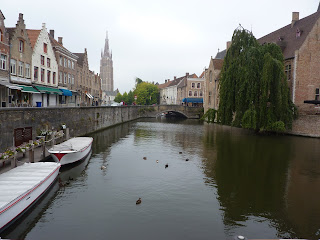 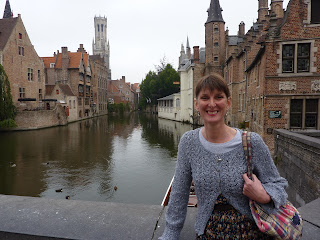 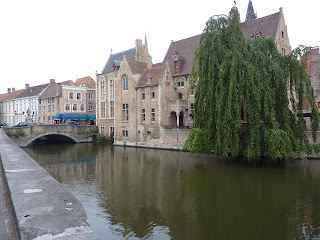 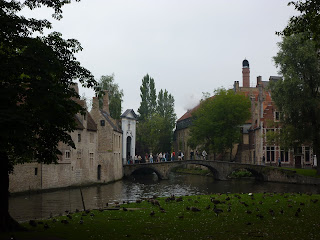 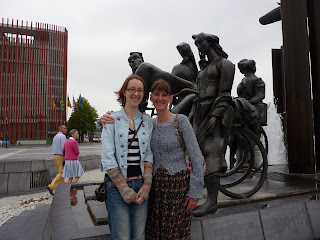 We went on a canal boat trip... 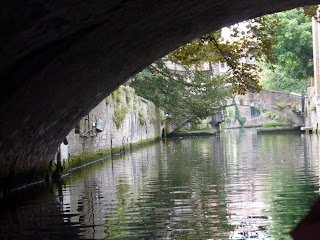 ...and watched the swans charging!!! 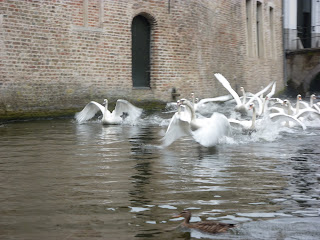 One of the days was spent visiting the First World War sites and Tyne Cot Cemetery - the largest Commonwealth cemetery in the world.  It was very moving and also very informative.

It is amazing to think that the town of Ieper (Ypres) was completely reduced to rubble and has now been restored. 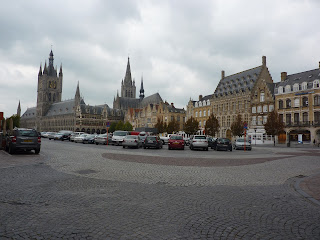 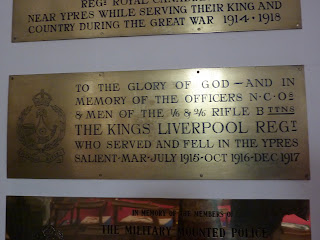 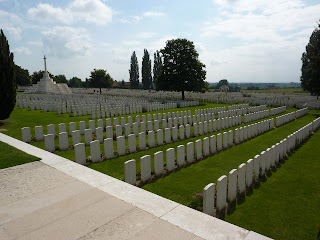 And of course we enjoyed the Belgium beer, chocolate and waffles. 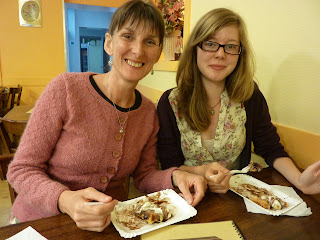 The last night of our stay we went to a music festival in one of the town squares. 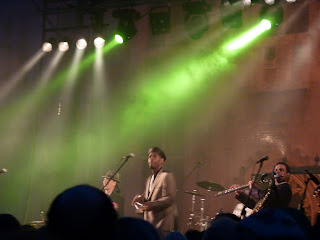 The featured band were The Selecter, a group I remembered from the late 1970s - yes, I even bought their single 'On My Radio' back in 1979!

We also managed to fit in a harp recital whilst we were there!

We saw so much it felt like we had been away for a week rather than just 4 days.  It was a wonderful holiday, the Belgian people were so friendly and Bruges is a place I would definitely recommend for a visit.
Posted by Janet at 12:58