I've just treated myself to a great new knitting book. It's called Knit & Purl Pets and it's by Claire Garland. 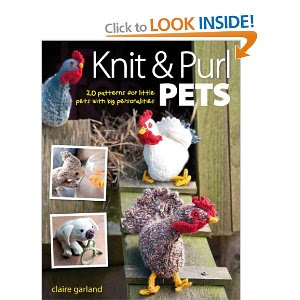 There are some really cute patterns in it. I decided to start with something quick and easy, so I made this lovely little bird. 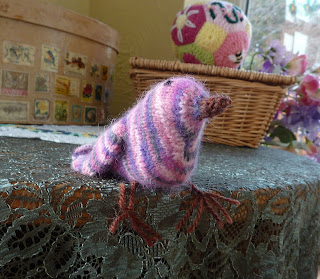 It only took a few hours in the evening to make. 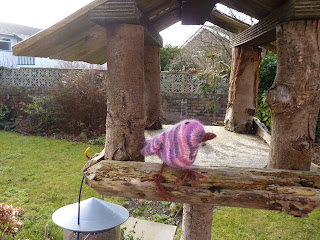 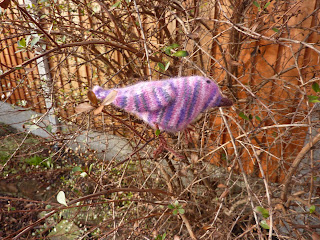 There's some straight knitting but mostly it's knitted in the round. The pattern calls for the knitting to be distributed over three rather than four needles and I found I had no problem with this. All the patterns I've knitted in the round lately have called for the stitches spread on four needles and a fifth needle to do the work. I've always ended up getting tangled up and frustrated. This is obviously where I have been going wrong - one needle too many. I shall have to experiment more with the lesser number of needles and see how I feel.
Anyway I've got my eye on the rat pattern and the greyhound pattern next.
Posted by Janet at 19:29