Well June is here at last. It felt as though May would never end - not that I'm usually in a rush to get through May - but at the moment the only things on every one's minds are revision and exams. We still have three weeks to go until they are all over but at least it's this month and the light can be seen at the end of the tunnel.

Lots of good things happening in June. Firstly, today would have been Marilyn Monroe's 84th birthday. No time to watch a film (yes, revision, revision, revision!) - I'm not sure which film I would have chosen, if we'd had the time - maybe The Seven Year Itch. Once the exams are out of the way - it'll be non-stop films 24/7.
I did make a cake for Marilyn's birthday. Unfortunately it wasn't a successful operation getting it from the baking tin to the plate. It tasted delicious but definitely wasn't very photogenic!
Later this month we have the start of the Football (soccer) World Cup in South Africa. These are every four years and for the last two competitions I have knitted a rabbit as a mascot. 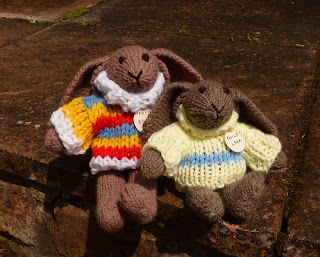 The pattern is from Debbie Bliss's book Toy Knits. My Mum bought this book for a birthday years ago and I must have knitted virtually all of the toys in this book at least once - it's a great book. 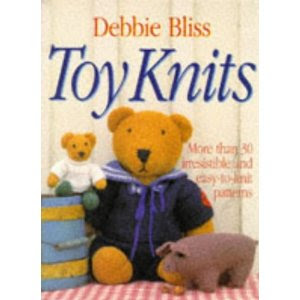 We name the rabbit after the first player to score a goal in the competition.
This is the rabbit from the 2002 competition. His name is Papa Bouba Diop. 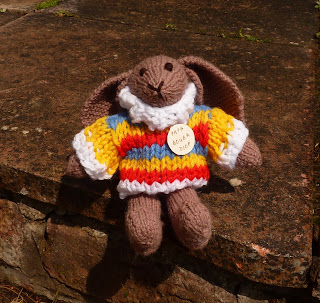 This is the rabbit from the 2006 competition. His name is Philip Lahm. 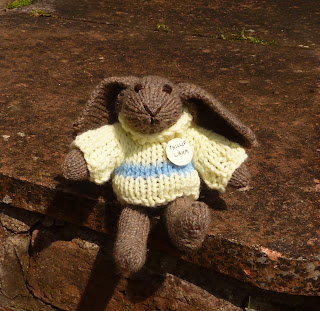 The rabbits have to wear name badges - otherwise I wouldn't remember who they were!
I've now started this year's rabbit. I'll let you see him when he's finished.
Posted by Janet at 18:54