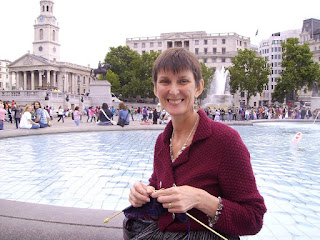 Last Saturday Eve and I had a day-trip to London. We were going to see some of the art galleries, especially Tate Britain. It was only when we were sitting on the train that we remembered how awful the pendolino trains are. We aren't very good travellers at the best of times, but usually trains are the one form of transport that I don't get travel sick on - not any more. Those leaning trains are the worst. We had arrived at the station stocked up with knitting, novels and puzzle books but under the circumstances we were only able to sit and concentrate on not feeling sick. The one good thing is the train is very fast - we were in London in just over two hours.
We visited Tate Britain and the National Gallery. A bit disappointed with the Tate, they didn't have many of their PreRaphaelite collection on display. Although we did see Millais's Ophelia, which we had been looking forward to seeing. 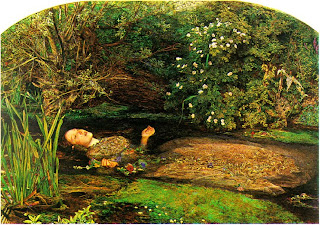 The National Gallery was better, in that we weren't expecting too much from it. We could have spent hours more there, but our feet were complaining bitterly. 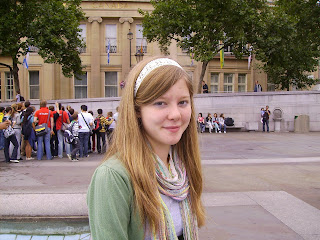 On the whole it was a great day out
- sitting on the edge of the fountain in Trafalgar Square, eating our lunch,
- walking along the Thames,
- watching the woman with the hoover on the fourth plinth in Traf Sq. 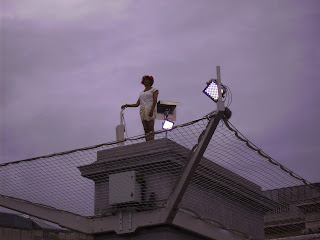 Remind me, though, next time we say "Hey let's have a day out in London!" I need to take travel sickness pills before we go!!!
Posted by Janet at 13:51