Yes my birthday has finally arrived and here we are the birthday girl and boy. 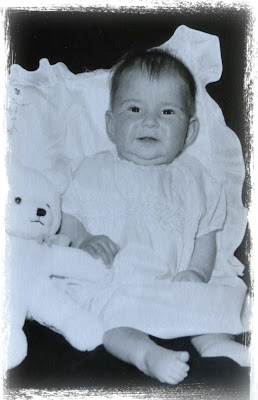 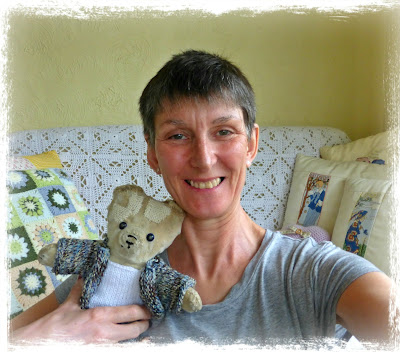 I'm not sure which one of us is wearing better (I should have put some make up on before taking the photo!).  My teddy bear suffered considerably during my teething years and became threadbare at an early age, hence the extensive darning and patching.  He's a Wendy Boston bear - one of the first washable bears, and he went through the washer quite a few times when he was young.

For his 55th birthday, I decided to knit him a new outfit - he's been wearing his 40th birthday outfit (a Fair Isle jumper and baggy green trousers long enough). 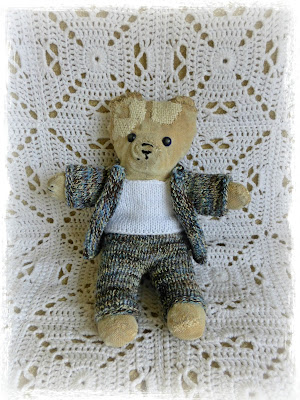 The new outfit makes him look rather like a Hipster, don't you think?  So I'm assuming he's having a bit of a mid-life crisis!

I have so enjoyed being 54, I feel sad to let it go.  It has been a wonderful year.  But I'm embracing the year ahead and all that being 55 brings and I hope that it will be as much fun as the last year.

I have a day of treats planned so the year is already off to a good start.
Bye for now. X