Down at the Beach Today...

First thing this morning I went down to the beach in search of the crocheted iron man (see yesterday's post).

He wasn't difficult to spot. 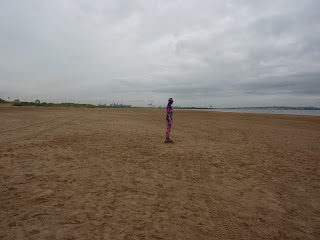 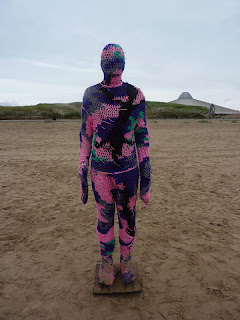 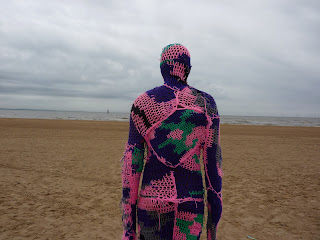 If you're down our way, he's just by the leisure centre - statue number 64.


The tide was on the way out, his wet sandy feet starting to dry out. 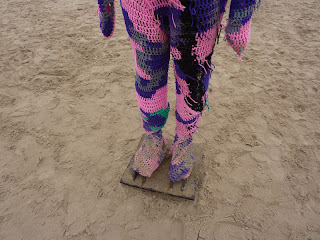 Later in the morning we went down to the beach again.  This time it wasn't quite so quiet.

Weird looking puppets were dancing around. 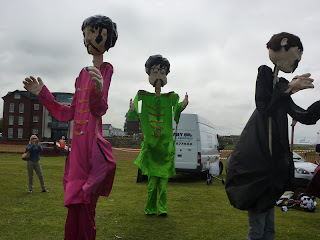 The Olympic torch was on its way. 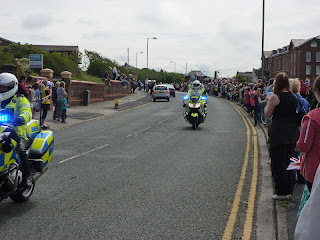 Because the relay was doing a loop, we got to see two of the runners, number 78, on the road and number 81, on the promenade. 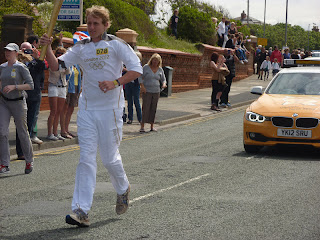 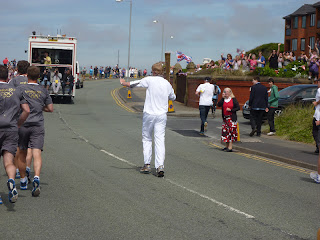 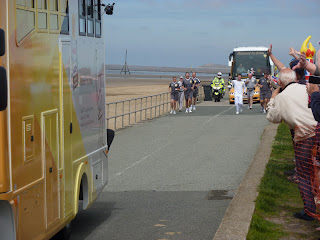 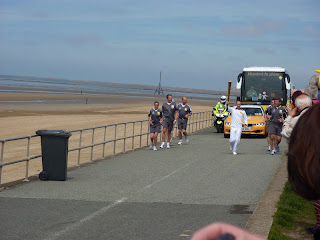 The beach and promenade were closed to the public, we had to gather on the grassy sand dunes.  On the beach were assembled thousands of colour-coded school children. 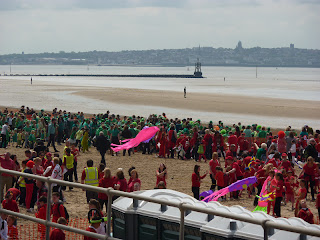 In the afternoon they would be attempting to break the World record for the number of children forming the Olympic rings.  Whilst we were there they were mostly making sandcastles and eating their packed lunches!

A bit of excitement in our quiet part of the world, I'll have to catch the local news on the television tonight to see how the World record attempt went. 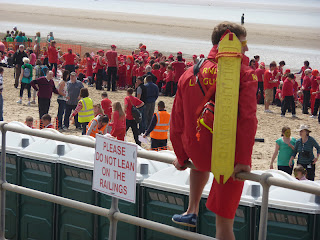