End of the Glittens

I have now finished my fourth pair of glittens. 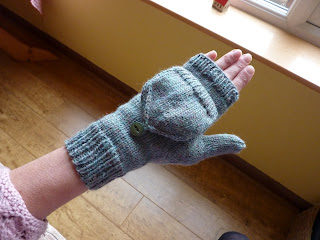 This pair are for Grace - and will be the last for a while. It was a great pattern to do and I would certainly make more. They're really quick to make, don't take too much yarn and very practical. 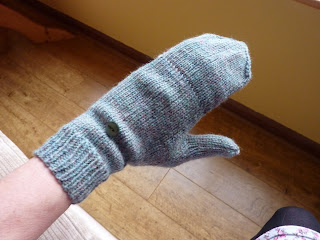 But it's time to move on and I don't seem to be finding much time to work on my Christmas makes. I had planned on spending the weekend working flat out on Eve's alpine sweater - darts on the television - so no reason not to just sit and knit. However - I was totally gripped by the novel I was reading, couldn't put it down - so not as much knitting done as I had planned.

I'm also in the middle of yet another assignment - they seem to pop up all the time - but this should be the last one before Christmas - then it's non-stop knitting and crocheting all the way to Christmas!
Posted by Janet at 12:41