On the needles I have two projects - Rona, the crocheted jacket and Lauren, a sweater I'm designing myself. 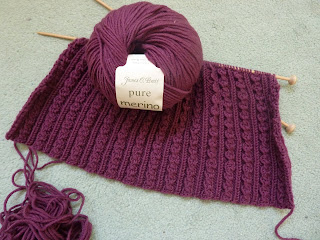 I have a rough idea of what I want and where I'm going with this, but the pattern will probably evolve as I knit it up.
I would also like to make myself something special to wear at Christmas, maybe Precious by Kim Hargreaves. The Debbie Bliss jacket seems to have lost its appeal at the moment having just finished two cardis/jackets.
I've started my Christmas makes - little decorations and gifts - but the list of what I would like to make keeps growing. I've seen a brilliant leaflet by Alan Dart for a knitted gingerbread house, Christmas tree and gnomes! 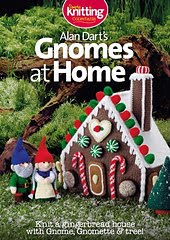 -it's now ordered and will hopefully arrive by the end of the week.

In addition, I've got to think up original ideas for our Advent and New Year activities - puzzles and quizzes etc.
I had thought to make a sweater or cardi each for Grace and Eve - but hey! Let's get realistic! 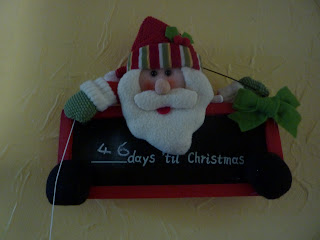 Santa says, less than 7 weeks to Christmas - will I actually get all this done - no way! So I'll leave the cardis and sweaters for after Christmas when they can choose a pattern they like rather than me surprising them with something I think they might like - you know what teenagers are like!

The run up to Christmas is always hectic - self-inflicted of course - I'm over ambitious about what can be achieved - but I love it and wouldn't change it for anything.
I seem to make things worse by creating challenges for myself. Following on swiftly from the badger episode, Eve mentioned this to her friends and one of them said "Can she do llamas?" - Well who could resist?
Eve insisted that I make it pocket-sized as she didn't want a toy llama sticking out of her school bag when she took it in for her friend. The end result isn't exactly pocket-sized, unless you've got big pockets, but it's relatively small and oh so cute. 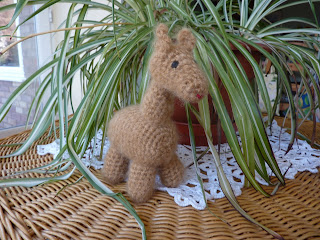 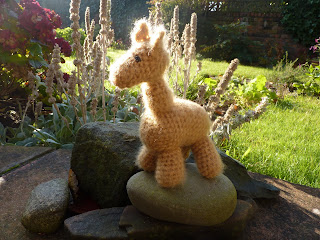 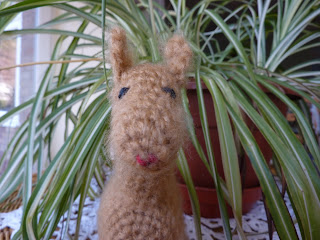 Now back to the Christmas preps!
Posted by Janet at 11:20